Mahatma Gandhi Proved the Power of Truth and Non-Violence 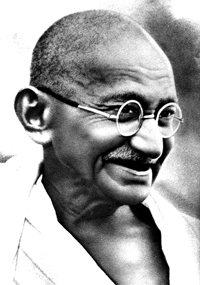 Mahatma Gandhi is a name known around the world. Gandhi altered the course of India and left a lasting influence on humanity because of his stance on change through non-violence.

Mahatma Gandhi was also a prolific writer. He wrote on a near daily basis about subjects as diverse as vegetarianism and politics. The self improvement advice he offered enhanced the lives of individuals and societies alike. 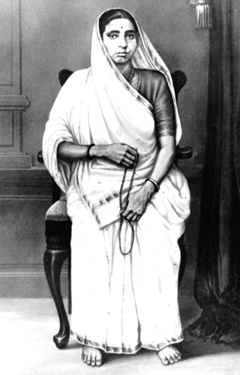 Mahatma Gandhi was born on October 2, 1869 in Porbandar, British India. He was assassinated in New Delhi, India on January 30, 1948 at the age of 78. Gandhi's father held an important political position while his mother was a devotee of Jainism, an Indian religion that promotes non-violence towards all living things.

Young Gandhi was heavily influenced by his mother and her beliefs helped shape his own philosophy of life.


He sought spiritual aspects even as a child, an area where he excelled, but was an average student and athlete.

He managed to get accepted into law school in London where he trained in Indian law. While in London, he met members of the Theosophical Society through a vegetarian club he joined. With them, he studied the Bhagavad Gita and developed a keen interest in religious thought. 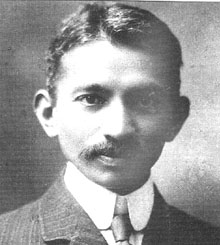 Upon completing his schooling, Mahatma Gandhi moved back to India but was unable to succeed in his own law business due to his overwhelming shyness.

The job he took led him to South Africa for 21 years where he saw the poverty of the indentured laborers of wealthy Muslims. The inequality of the society helped form his political views as he often faced racial discrimination himself. He became awakened to social injustices and took it upon himself to make a difference in the world.

He returned to India and gained popularity as a political figure. He won favor with Muslims and Hindus and fought to gain independence from the British by using the weapons of peaceful resistance, non-violence, and non-cooperation.

Mahatma Gandhi was assassinated in 1948 by a Hindu nationalist over a political disagreement while he was preparing to address a prayer meeting. His death was mourned by India and the entire world.

The Beliefs Of Mahatma Gandhi 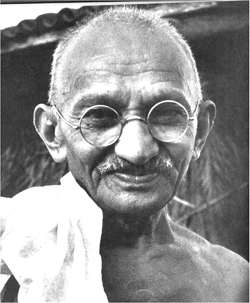 Mahatma Gandhi was not only an important political leader in India, he was a spiritual leader as well. His beliefs and principles are referred to as Gandhism even though Gandhi himself discouraged the use of the term and didn't want any sect of people to hold him as its leader.

Mahatma Gandhi stated his beliefs were nothing new, he merely tried to live and teach eternal truths as they had been known throughout the ages. He was one of the few people to actually apply these truths to every day life and its problems. Because of that he was even dubbed the Bodhisattva (enlightened being) of the twentieth century.

The beliefs of Mahatma Gandhi include:

 Truth. Mahatma Gandhi believed truth must pervade all aspects of life, politics, and decision making. He also felt each must follow his own truth rather than blindly accepting what another claims to be truth. Truth was very important to Gandhi and he even felt it was more powerful than any modern weapon.

 Non-violence. Mahatma Gandhi was taught the principles of non-violence from childhood. He remarked there were causes he was willing to die for but none he was willing to kill for. He believed in non-violence towards all living things and for that reason he was vegetarian and taught others the wisdom of not killing animals for food.

 Self sufficiency. Mahatma Gandhi felt it was important for individuals and nations to be self sufficient and embrace simple living. His vision for India was one where the nation could meet the needs of its people first before it got caught up in industrialization and wealth creation.

 Khadi. Mahatma Gandhi believed in dressing in homespun cloth or khadi. It was part of his philosophy because he thought it helped combat poverty and social discrimination. He saw how the west was influencing wealthier Indians, including their dress. Gandhi's mode of dressing was a non-violent protest against the British presence and influence in India.

 Fasting. Mahatma Gandhi used fasting as a means of exerting control over his urges and improving his mind and body control. When he did partake of food, he avoided animal products, alcohol, spices, and salt. Gandhi also took a vow of celibacy even though he was married. His goal was to cleanse his spirit by overcoming temptations and pain.

 Hinduism. Mahatma Gandhi was drawn to Hinduism, especially Hindu Universalism. He was particularly influenced by the Bhagavad Gita. However, he also believed truth and non-violence were at the root of all religions, and all religions were true and all also had some errors in them.

 Freedom. At the heart of the work of Mahatma Gandhi was the belief that all people should be free and equal. His efforts towards this end influenced many other notable historical figures such as Martin Luther King Jr., Lech Walesa, Steve Biko, and Aung San Suu Kyi.

The Writings Of Mahatma Gandhi

Mahatma Gandhi wrote constantly. He wrote for newspapers and wrote letters to many individuals that were later preserved. He also wrote an autobiography.

Various collections of his work have been put together by others according to topic or the particular type of self improvement tips or political advice he was offering. The most extensive collection of his writing was compiled by the Indian Government and contains over 100 volumes.

 "The Collected Works of Mahatma Gandhi" was published between 1960 and 1994. The Government of India organized the writings of Mahatma Gandhi chronologically and published them in volumes. Each volume is further broken down in a chronological fashion. There are 100 books in the collection. They contain news articles, letters, and transcripts of speeches given by Gandhi from 1888 to 1926.

 "The Story Of My Experiments With Truth" is an autobiography written by Mahatma Gandhi. It was originally published in segments as it was written in weekly installments. The stories cover the early life of Mahatma Gandhi up to the year 1920. Decades later, an updated version included collected works from the years 1925 to 1929.

This book was widely acclaimed and was even designated as one of the 100 Best Spiritual Books of the 20th Century. In this book, Gandhi relates tales from his early life as he experimented with spirituality and the principles that would shape his life. He tells of the time he ate meat and of his early marriage at the age of 13.

The book is not a detailed autobiography or filled with self help advice for spiritual seekers. Instead, it tells of the simple experiments Gandhi took with his own daily life to test universal truths such as non-violence, and struggling to master the physical body through fasting and abstinence.

The Legacy Of Mahatma Gandhi

Mahatma Gandhi had a profound and lasting affect on India. He helped gain the country's independence and helped shaped its spiritual future.

He also touched the lives of millions of people in other countries and in generations since his passing. While many may not recall much of the political significance of his actions, the one lasting lesson Mahatma Gandhi taught the world was that non-violence is a powerful tool for change of individuals and nations.