The Drive toward Self Actualization

Abraham Maslow was a psychologist and professor of psychology who is noted for developing Maslow's Hierarchy of Needs.

He was a proponent of identifying the positive qualities in people and treating patients holistically rather than as a set of symptoms.

The Biography of Abraham Maslow

Abraham Maslow was in Brooklyn, New York on April 1, 1908 to uneducated Russian immigrants. His parents fled to the US to escape persecution, but he found life difficult growing up because he was often the brunt of racial hatred and ethnic prejudice. He didn't get along well with his mother and had few friends. He was the oldest of seven children and his parents pressured him to do well in school so he could be successful in the new world they came to live in. 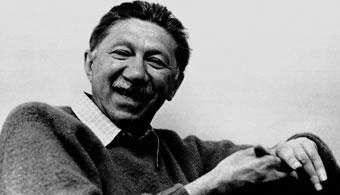 Maslow developed a love of reading since he used the library to escape from his troubles, and he became a good student.

Abraham Maslow studied law at City College of New York and Cornell. After he married, he moved to Wisconsin and enrolled in a university there to satisfy his curiosity in the field of psychology.

Abraham Maslow is viewed as a pioneer in the field of psychology, and built the foundation upon which other psychologists developed their theories and methods of treatment. Maslow taught about personal development ideas and concepts such as peak experiences, self-actualization, metaneeds, and metamotivation.

After a career as a professor and important contributor to the field of psychology, he moved to California to spend his retirement years. He was a resident fellow at the Laughlin Institute during his semi-retirement. He died in 1970, at the age of 62, from a heart attack.

Abraham Maslow and the Hierarchy of Needs


If you click on the image to the above it will open a new tab/window on Amazon.com. This is a Kindle Book.

The Books to the right are  paper back.

Abraham Maslow expanded upon his personal development ideas and theories in 'Motivation and Personality', a book that was published in 1954.

He arrived at his conclusions by studying the healthiest one percent of college students along with accomplished individuals such as Einstein, Eleanor Roosevelt, Frederick Douglass, and Jane Adams. He felt sound psychological principles could be established by studying sane and mature individuals rather than studying the mentally ill.

The personal development ideas and hierarchy of needs as conceived by Abraham Maslow are often depicted in pyramid form, with the most basic needs for survival at the bottom, and self-actualization at the top. Self-actualization is said to be the ultimate goal of humans, it is the drive to express the full realization of one's potential.


Maslow taught that one level of needs must be met before an individual is motivated to seek the needs of a higher level. He coined the phrase metamotivation to describe people who are motivated to go beyond their basic needs in order to achieve self realization.

Abraham Maslow and the Five Patterns of Growth

Abraham Maslow felt it was important to identify which stage of growth a person was in, so he could be treated accordingly. A person struggling to meet basic needs is focused on having his deficiencies met, while someone who has attained self actualization is focused on fulfilling his potential. Here is a closer look at the five stages of growth as detailed by Abraham Maslow.

Physiological needs are the most basic and include things such as food, water, and shelter. These are the things needed for the body to function. Human survival depends upon having these needs met, and the drive to meet them is strong.

Love and belonging concerns become a driving force once physiological and safety needs have been met. Abraham Maslow taught that a feeling of belonging is a fundamental human drive and people seek bonds through family, work, gangs, social groups, and religion. The drive for belonging is so strong it can even overpower the drive for safety as evidenced in cases of family violence when the abused person continues to cling to the abuser.

Esteem is a level above the need to belong. Strong self esteem is important to good mental health. Humans naturally want to feel valued by other people. Abraham Maslow identified two types of esteem. One is obtained from the approval of others and the other is obtained from the self. When one is deprived of esteem, mental conditions such as anxiety, depression, and feelings of worthlessness can develop.
Self actualization is the state of reaching one's full potential and the drive behind all humans once other levels of needs have been met. One can't strive for self actualization when he struggles for food, water, or safety. In a self actualized state, one has mastered his physiological needs and he has relationships filled with love and esteem. Abraham Maslow thought people at this stage experienced peak experiences often while those at lower stages of growth rarely had such intense joyful experiences. The drive towards self actualization shows humans don't simply react to situations, but strive to accomplish great things.

The theories of Abraham Maslow have been taught in psychology classes for decades and used in the practice of psychology. Some have criticized Maslow's emphasis on self actualization and importance of peak experiences as being too spiritual and religious studies oriented. Others criticize that the patterns of growth do not take into account the influence of different types of cultures on human growth and development.

While the stages of human development that Abraham Maslow envisioned may not present a full picture of human psychology as it has evolved today, it nevertheless provides a solid foundation from which other works can grow.