Richard Bandler is well known for his work in NLP, or neuro linguistic programming.

He is credited with being one of the creators of NLP and has written several self improvement books on the topic.

He has also developed other methods of understanding and changing human behavior that includes Design Human Engineering and Neuro Hypnotic Repatterning.

Background and Education of Richard Bandler 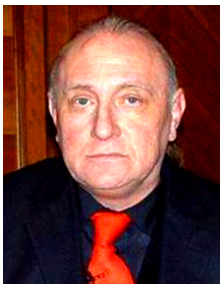 Richard Bandler (Richard Wayne Bandler) was born on February 24, 1950. He attended college in California where he obtained degrees in psychology and philosophy from the University of California and a masters in psychology from Lone Mountain College. It was during the 1970s that Bandler began working on the development of NLP at the University of California along with John Grinder, Milton Erikson, and Gregory Bateson.

NLP began as a study that tried to determine why some psychotherapists were successful while others were not.

Eventually the focus of the research shifted into a brand new field of its own based upon modeling. Modeling is a skill that is used to change human behaviors and is a fundamental component of neuro linguistic programming.

Richard Bandler was involved in the leading personal development movements of his time and drew from the works of Fritz Perls and Virginia Satir among others. He developed specific techniques his clients could use to improve their lives such as modeling, anchoring, and reframing.

Modeling taught his patients to observe and copy the behaviors of successful people. Anchoring is a technique that associates a memory with a sensory stimulus so when the stimulus occurs the response is triggered by reflex. Another self improvement tip in NLP is the process of reframing that is based upon the work of Satir and Erikson and it simply involves framing a problem in a different perspective, so new possibilities can be realized.

Richard Bandler received both praise and criticism for his self help advice. While his methods proved to be successful, others sometimes misused them. Even Bandler and his co-inventor of NLP John Grinder were in disagreement over how to use NLP and brand it.

Consequently, NLP came to be used to label different approaches, lawsuits were filed, and Bandler and Grinder eventually went their separate ways.

By the 1990s, Bandler had resolved many of his issues and NLP was seen once again as a professional therapy rather than what has been called 'New Age mumbo jumbo'. In 2000, Bandler and Grinder reached an agreement where they would not disparage each other's approach to NLP and would share the title of co-creator of the personal development technique.

Today the technique of NLP is used by many self improvement authors and speakers such as Tony Robbins and Paul McKenna.

Books and Audios by Richard Bandler


Richard Bandler audios are also available. Many of his books are published in audio book form and he also has produced audio CDs such as 'Self Esteem - Rhythm Trance,' 'Time Out of Your Mind (Time Distortion),' 'Adventures in Multiple Timelines,' and 'Propulsion Systems.' These CDs contain trance music and guided trance work.

Richard Bandler continues to be very active spreading his personal development advice as related to NLP.

He continues to release new books, audios, and videos.

He also holds workshops in various locations around the world such as Orlando, London, and Rome.

In addition, Bandler has a system in place that certifies NLP practitioners, so help can be obtained from one of his students locally, if it is needed beyond reading his books.