• The ego is often debunked, particularly by 'spiritual people'
• Let's not forget, though, that the ego is a wonderful servant, too
• Capable of building the pyramids ... and old roads that go BUMP!

• The trick is simply not make the ego your master - or identity
• And if you have come to do so, to just let go of that habit

• This page is an entry in "Soren's Blog: Inspirational Thoughts" - a blog aimed at your personal development & spiritual growth. This blog incorporates inspirational motivational quotes, short funny jokes, funny questions that make you think and more!

In the previous blog post I talked about my summer vacation in a small cottage in the middle of nowhere in the part of Demark that's farthest away from the capital where I live.

I talked about the Nazi German occupation of Denmark during World War 2 and the contrast between scared egos building concrete bunkers and happy souls/hearts building the ephemeral art of sand sculptures (like full size horses, canoes and racing cars) in the sand. I even remembered to include some photos.

This time I thought I'd briefly mention another aspect of that. I thought I'd mention what I might (only slightly jokingly) call German crafts.

In order to get to that particular part of Denmark (which is sparsely populated) where I spent my vacation you need some means of transportation (preferably a car) and you need roads.

We had a car and we used the roads - which when you ride a car on them curiously go 'bump-bump-bump-bump!' on an entirely regular basis. Why do the roads do that? 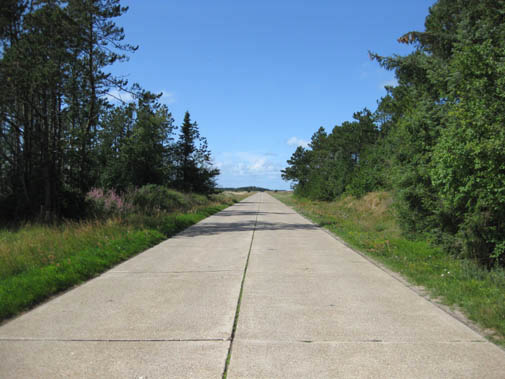 That's because the roads in that part of the country are pretty old and made by big, fat, square slabs of concrete put next to each other.
Those roads are essentially big sidewalks!

Guess who built those roads? 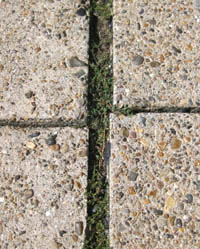 Yep, the occupational forces of Nazi Germany did. Sometime during the 1940s. And you know what? Those roads are still there, just like the bunkers on the beach.

The German war machine needed access to those beaches in the tiny kingdom of Denmark, so they built roads, lots of roads. And you know what else?
The roads in this part of the country haven't changed a bit since the Germans built them. They've needed next to no repair, and while they aren't a real pleasure to drive on (bump-bump!) they sure do work, even all these decades later. That's nothing short of amazing!


Useful German Crafts (of the Ego)


So what I wanted to say in this blog post is, that when the fear based ego builds something that's non-violent by nature and useful in a general way that can be a great and wonderful thing. Roads are a prime example of that.

Actually bunkers can be re-used, too.

In many places around Europe there are huge bunkers (much, much bigger than the ones on the Danish beaches). They are built so well, that dynamite will hardly dent them - they are virtually indestructible.

So, seeing as how they are houses (of sorts), people now use them for other purposes. For example you can see some re-used indestructible bunkers on the Zurich based website of Architonic AG.

And those roads in Denmark, well, they still serve their purpose - in a bumpy way - and they seem to be pretty indestructible, too. They'll probably still be there decades from now.

The Ego IS Useful - and Not Just for German Crafts, Either


There's a tendency to debunk the ego, particularly in spiritual circles, but that, too, is a limited way of viewing things.

The ego IS useful. In fact the ego is a wonderful tool, capable of great feats. German crafts like bunkers, roads and, say, automobiles are just one example.

Have you ever visited the great pyramids of Egypt? If not, and you get the chance, then you should! They're marvellous. Magnificent. Incredible. Especially their size.

If you do visit them, try climbing up on them! You probably won't get very far. Each building block is so big you have to climb it separately. And there are LOTS of those blocks.

Sure, the pyramids aren't that colorful - or useful - perhaps they're even sort of boring, but they're incredibly big and they've been standing there for 4500 years. That's ancient Egyptian ego crafts for you!

The problem arises when you ask your defence mechanism the ego to run your entire life for you.

That's like asking a bunch of deeply paranoid military people to run your entire country for you - including government, police, legal system, business, health care and social security.

It just doesn't work - or rather, it works all right, just not the way you would want it to.

I am not afraid of death, I just don't want to be there when it happens.
~ Woody Allen ~

The ego is a highly evolved mental defence mechanism. It is no wonder, therefore, that the ego is also somewhat paranoid and will start wars out of fear (fear of scarcity, for example). But only if you let it.

You - meaning your free will - are in control and can choose openness, acceptance and love instead of fear, stress and paranoia. It is an act of will. Most of us just tend to forget that.

Another way of saying the same thing is this: the ego is a great servant but a horrible master.

A third way of saying it would be this:

You have this wonderful tool, the hammer. The hammer represents your ego.

Now, when you want to bang some nails into a board, the hammer works beautifully. It also works if you want to bend a piece of metal somewhere - or force something into something else.

The hammer doesn't work real well when it comes to drilling holes, though. Yes, you can make holes using the hammer, but not very nice - or useful - ones.

And when it comes to cleaning windows the hammer is terrible! Never clean your windows using a hammer!


Choose Which Part of You Should Be in Charge

Again, your ego is a tool, just like a hammer. The ego is a survival mechanism and a wonderful what-if generator, which makes it great for fighting, killing, being serious, planning ahead and fixing certain kinds of problems.

But when it comes to love, relationships, relaxation, creativity - and to a great extent work, too - the ego isn't really the one you want in charge. No, then you'll want that happy part of you that builds ephemeral art on the beach to be in charge: Your essence, your heart, your soul.

It is a choice, and a most powerful one.

It's not what you are that holds you back, it's what you think.
~ Denis Waitley ~

And how to do that in practice? Well, one option is this: By making yourself aware of and consciously letting go of fear, perceived limitations, past and present hurts and anything else you experience as unpleasant.

Back to the top of this page about German Crafts: The Ego Building Old Roads and Wonders

List of all the subpages to the main page Inspirational Thoughts:

Can I Breastfeed My Husband?

Good vs Evil: Is it Real?

The Gift of Healing

Looking for a New Love?