“A single rose can be my garden....a single friend, my world”
~ Leo Buscaglia  ~

“Life is a paradise for those who love many things with a passion.”
~ Leo Buscaglia  ~

“Don't hold to anger, hurt or pain. They steal your energy and keep you from love.”
~ Leo Buscaglia  ~

“Love is always open arms. If you close your arms about love you will find that you are left holding only yourself.”
~ Leo Buscaglia  ~


Born into a family of Italian immigrants in 1924, Leonardo, or Leo to those closest to him, Buscaglia spent much of his younger years in Italy -despite being born in Los Angeles.


A charmer from the off, his family remember him as being a confident child, who knew exactly what to say to get what he wanted. A popular child, his return to the United States as he hit his teens finally saw Buscaglia receive regular, stable education.

Buscaglia was something of a star pupil, although his charm often earned him just as much as the ability he applied to his school work.

Buscaglia signed up for the Navy on leaving school, Leo Buscaglia quotations reveal this was one of the most influential periods of his life.

On leaving the army following World War Two service, Buscaglia enrolled in the University of Southern California where he went to earn an impressive three degrees over a 13-year old time period, a BA, MA and a pHD. Buscaglia joined the faculty of the University where he studied and soon made a name for himself among students.

Leo Buscaglia quotes his non-credit course “Love 1A” as the main reason for his popularity. A course which was to earn him a nickname that would stick with him through his entire career – Doctor Love.

His genuine love and compassion for people clearly shines through all of Leo Buscaglia's quotes, and it was this that was to make him one of the most popular motivational speakers in the world. 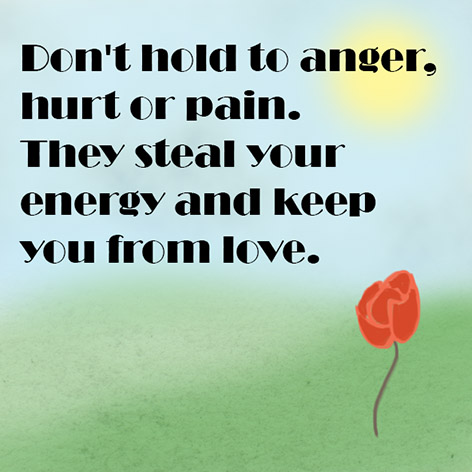 “Love is life and if you miss love, you miss life”
~ Leo Buscaglia ~

“It's not enough to have lived.
We should be determined to live for something.
May I suggest that it be creating joy for others, sharing what we have for the betterment of personkind, bringing hope to the lost and love to the lonely.”
~ Leo Buscaglia ~

“Only when we give joyfully, without hesitation or thought of gain, can we truly know what love means."
~ Leo Buscaglia ~

“To love others you must first love yourself.”
~ Leo Buscaglia ~


“Most of us remain strangers to ourselves, hiding who we are, and ask other strangers, hiding who they are, to love us.”
~ Leo Buscaglia. ~

“Never idealize others. They will never live up to your expectations. Don't over-analyze your relationships. Stop playing games. A growing relationship can only be nurtured by genuineness.”
~ Leo Buscaglia. ~


Leo Buscaglia quotes the death of a student as being the real reason behind his Love 1A class.

The student, who committed suicide on campus, had a profound effect on Buscaglia, who became determined to teach people how we had become a “disconnected” nation.

Leo Buscaglia quotations from the time highlight how strongly he felt about getting the message, that people loving each other doesn't cost anything.

Buscaglia pushed people to understand that the lack of tolerance between individuals could well lead to some feeling isolated. Not everyone had a family support system or friends they knew would be there for them. His course really took off and actually became the basis of his first book, which had the simple yet wholly relevant title – LOVE.

His brilliant storytelling skills were only seconded to his dynamic public speaking skills, something which was soon picked up on by the Public Broadcasting System (PBS). Leo Buscaglia refers to the 1980s as being the highlight of his life. This may well have been down to the fact PBS were regularly broadcasting televised version of his talks – all of which were a runaway success.

“It is paradoxical that many educators and parents still differentiate between a time for learning and a time for play without seeing the vital connection between them.”
~ Leo Buscaglia. ~

“Those who think they know it all have no way of finding out they don't..”
~ Leo Buscaglia. ~

“Change is the end result of all true learning.”
~ Leo Buscaglia. ~

In fact, even today Leo Buscaglia speeches are used by the channel, especially during times of fund raising.

In total, Buscaglia wrote eight books – all of which became national best sellers. In fact, at one point the New York Times Best Sellers list contained five books by Buscaglia. Read more about his books here on this page.

Motivational quotes by Leo Buscaglia are still used today and Leo Buscaglia quotes are often used to help people try and understand the meaning of life and what it means to them.

Buscaglia's books are still among the most popular in that genre and despite his death nearly 15-years ago, all eight books remain the same – none have been updated or extended by other professionals. This is something of an achievement in itself.


“The most unfortunate thing that happens to a person who fears failure is that he limits himself by becoming afraid to try anything new. ”
~ Leo Buscaglia. ~

“The hardest battle you are ever going to have to fight is the battle to be just you.”
~ Leo Buscaglia. ~

“If you don't like the scene you're in, if you're unhappy, if you're lonely, if you don't feel that things are happening, change your scene. Paint a new backdrop.”
~ Leo Buscaglia. ~

“Worry never robs tomorrow of its sorrow, it only saps today of its joy.”
~ Leo Buscaglia. ~

“Every moment spent in unhappiness is a moment of happiness lost.”
~ Leo Buscaglia. ~

“...the opposite of love is not hate -- it's apathy. It's not giving a damn. If somebody hates me, they must "feel" something ... or they couldn't possibly hate. Therefore, there's some way in which I can get to them.”
~ Leo Buscaglia. ~


As with most motivational speakers, Buscaglia received his fair share of criticism.

However, this seemed to concentrate on his writing ability, rather than the fact he was an advocate for love and life. Leo Buscaglia quotes addressed his critics directly by saying “Never idolize others. They will never live up to your expectations”.

To be fair to Buscaglia, he has always been honest, both in his books and by way of his speeches, that his only goal in life is to help people understand how much impact they have on other people. How much how they act can affect another person negatively and how easy it was to love rather than hate.

Of course, there are bound to be a select group of people who see Leo Buscaglia quotes as being unrealistic or fanciful. However, anyone who has taken the time to watch one of his speeches or read one of his books will know, Buscaglia means business.

Today motivational quotes from Leo Buscaglia are used in the very University that helped make him who he was.
Leo Buscaglia quotes his editors as being some of the most important people in his life. While he was gifted in the ability of story telling, the mechanics of the language were never his strong point, which meant his raw work was heavily edited to make it publishable.


“Don't smother each other. No one can grow in the shade”
~ Leo Buscaglia ~

“When we cling to pain, we end up punishing ourselves.”
~ Leo Buscaglia ~


“Only the weak are cruel. Gentleness can only be expected from the strong.”
~ Leo Buscaglia ~

“I believe that you control your destiny, that you can be what you want to be. You can also stop and say, 'No, I won't do it, I won't behave his way anymore. I'm lonely and I need people around me, maybe I have to change my methods of behaving,' and then you do it.”
~ Leo Buscaglia ~

"It is up to us to diligently discover new solutions and learn new patterns of relating, ways more conducive to growth, peace, hope and loving coexistence. Anything that is learned can be unlearned and relearned. In this process called change lies our real hope.”
~ Leo Buscaglia ~


Leo Buscaglia died in Nevada at the age of 74-years. Today his legacy lives on, as he has become an idol to modern motivational speakers of the day.

Leo Buscaglia quotes commonly make up the motivational, inspirational and even spiritual speeches of others. His work continues to be popular, with his self-help and motivational books printed in over 20 different languages.

Had he been alive today, Buscaglia would have been very impressed with his latest accolade, a guest appearance on “The Simpsons”.


“What we need to know about loving is no great mystery. We all know what constitutes loving behavior; we need but act upon it, not continually question it. Over-analysis often confuses the issue and in the end brings us no closer to insight. We sometimes become too busy classifying, separating, and examining, to remember that love is easy. It's we who make it complicated.”
~ Leo Buscaglia ~

“Life lived for tomorrow, will always be a day away from being realised” ~ Leo Buscaglia ~

“What we call the secret of happiness is no more a secret than our willingness to choose life.”
~ Leo Buscaglia ~

“A life lived in love will never be dull.”
~ Leo Buscaglia ~

Back to the top of this page about Leo Buscaglia Quotations

Visit the page about Leo Buscaglia's books, or go directly to the main page for all the good quotes.